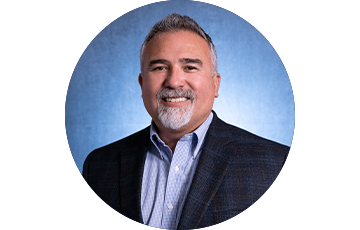 Daniel Benetz serves as Chief Financial Officer at XSOLIS, a position responsible for scaling the financial operations of the organization in order to pave the way for continued growth and forward momentum.

Previously, Dan served as Chief Financial Officer for The Tugboat Group, an organization that grows businesses and supports entrepreneurs through various stages of start-up, growth, and longevity. In this role, Dan also served on the boards of software-as-a-service organizations across verticals, including cloud-native software and artificial intelligence.

Dan started his finance career at Intel and Wells Fargo before serving as Chief Financial Officer and Vice President of Operations for NuGEN Technologies and Senior Director of Financial Planning and Europe Finance Director for Affymetrix.

Originally from Argentina, Dan grew up in Southern California, where he completed his undergraduate studies at UCLA and met his wife. Dan has lived in the Bay Area since the early 1990s and enjoys hiking, biking, and outdoor activities with his wife and dog, as well as spending time with their three adult children.

← Back to About Us